While I'm working on a new bonte web game, here's a little update on my factory balls mobile app that I released a couple of weeks ago. Next to the iOS version for iPhone, iPad and iPod Touch, and the Android version for Android phones and tablets, factory balls is from today on also available in the Amazon appstore for you Kindle devices!
Also I would like to thank everyone who already bought the app for giving it such a warm welcome on mobile! The game is getting really nice reviews and ratings, and here are some highlights of press attention the app already received:
PocketGamer reviewed the app and gave it a silver award, and put it in the top 10 Android games of May. IndieStatik reviewed it and called it an essential iOS game, way more entertaining than Angry Birds. On JayIsGames factory balls is scoring a 4.9/5 and the app was also mobile pick on IndieGames.
And now I'm leaving you below with an exclusive peek behind the scenes, the making of factory balls ;) 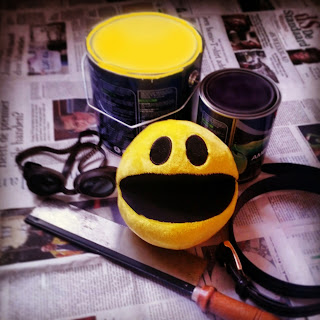 And look what I found here lying around, a couple of promocodes to get the iOS app for free:
YYRNF6WF9A4P
F4W3T33HLEP6
JKMERYKJJJ33
Cheers!

I can't get the app. Everytime I try it doesn't work. I'm confused.

Hi Pete, are you talking about using the promocodes to get the app? Sorry you were probably not quick enough.

Haha LOL at that making off picture, love it!

Never mind Bart,it turns out my brother had it and he said I can play with it anytime I want so I'm happy. Thanks for posting back though.

Can you give us more codes please?

Can you give us more codes please?

Sorry Serena, the codes are all gone

Awwww..... I really want this app and I am short on money right now.

Fun game, as always. I found that it was hard to see the details clearly, often even in magnified mode. (Occasionally I managed to make the magnified mode "sticky" somehow...I suspect that it wasn't a deliberate feature, but might be nice.) Could the balls be expanded in subsequent games?

Hi, love the game, but is there a help somewhere? I'm stuck in level 31. Would not like to not being able to finish it.

Also, are there more levels to come? I find this game really neat, hard to put away. Thanks very much for having created it!
Tina

There are hints about the difficult levels in this post: http://www.bontegames.com/2013/05/a-new-bontegame-factory-balls-mobile.html
Cheers!

need more lvls I done these 44 so enjoyed them